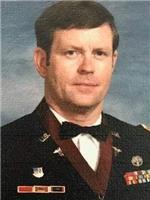 Walter Raymond “Walt” Hays, Sr., born in Covington, Tennessee and long-time resident of Saint Amant, Louisiana, passed away on February 26, 2019 at Our Lady of the Lake Hospital at the age of 81.

Colonel (Retired) Walter Hays proudly served in the U.S. Army for almost 30 years, which began while he was attending Louisiana State University. His career highlighted distinguished service in the Army’s Medical Service Corps as a Logistician. His service time included a tour in Viet Nam in 1966 as part of the 25th Infantry Division and on the staffs of Army Hospitals around the world: 121st Evacuation Hospital in Seoul Korea; Walter Reed Army Medical Center in Silver Spring, Maryland; Brooke Army Medical Center in San Antonio, Texas; U.S. Army Hospital Heidelberg, Germany; and Fitzsimons Army Medical Center in Denver, Colorado. After retiring from the Army in 1987, he worked at Federal Express and with the Baptist Memorial Health Care System in Memphis, Tennessee.

Walt was a die-hard LSU football fan and an avid athlete. His favorite activities, when he wasn’t playing sports himself, were watching his kids and grandkids play volleyball, baseball, soccer, football, and softball. More than anything, he loved his family and found his greatest joy when he was with them.